INFLUUT is an electroacoustic jazz duo created as a result of the meeting of two opposing yet complementary worlds, with the aim of exploring instrumental harmonies and algorithmic synthesis. Between ambient and explosive music, there are so many musical states that represent the emotional states of life. INFLUUT’s compositions, which are both organic and metallic, are an invitation to reflect and to take an unexpected journey, either by astral projection or flying carpet. Nat Cilia brings her melodic subtleties and spontaneous breaths to the music, while Daniel Maszkowicz provides his psychoacoustic meanderings and binaural skills.

INFLUUT’s work is based on a perpetual questioning about the world that comes after. What happens after an apocalypse, a war, a pandemic or a mass extinction? Algorithmic mutations propagate, mechanic insects begin to sing and models of organisms appear. A new cycle begins, like an invigorating breath that expands the universe of possibilities.

When presenting their compositions, the duo like to surround themselves with speakers to create an immersive spatialization of sounds in which the stage no longer exists. Sometimes, the Robert Turner Collective from Geneva projects its visual creations to merge with INFLUUT’s soundscapes, creating a symbiotic audio-visual experience based on algorithmic manipulations.

Nat Cilia is pluridisciplinary artist. She has participated in many productions as an actress, dancer, composer and musician (piano, saxophone and voice), mainly in Switzerland, France and Spain, under the distinguished guidance of Jean-Pierre Raffaelli, Roland Olbeter, Esterina Zarrillo and the La Fura dels Baus company. Together with artist, Kristina Orlovic, she co-founded the Ooops! Company, which is an international physical and visual theatre company that has produced several works (ooopscompany.com). Nat Cilia now works on her own pluridisciplinary creation, INTUITO, and as part of the electroacoustic jazz duo, INFLUUT.

Daniel Maszkowicz is a research engineer in power electronics, independent film curator, multidisciplinary performance artist, composer and producer. He is the co-founder of the electroacoustic jazz duo, INFLUUT, of the primitive electric music duo, Bilblioteq Mdulair, and the collective, SM Noise. His solo project, Kosmoscore, uses multi-channel digital and analogue synthesizers.
He is working on a sound algorithm for various diffusion methods and installations, and is dabbling in data sonification through Python and SuperCollider, with an approach that leaves room for expression as both an engineer and an artist. 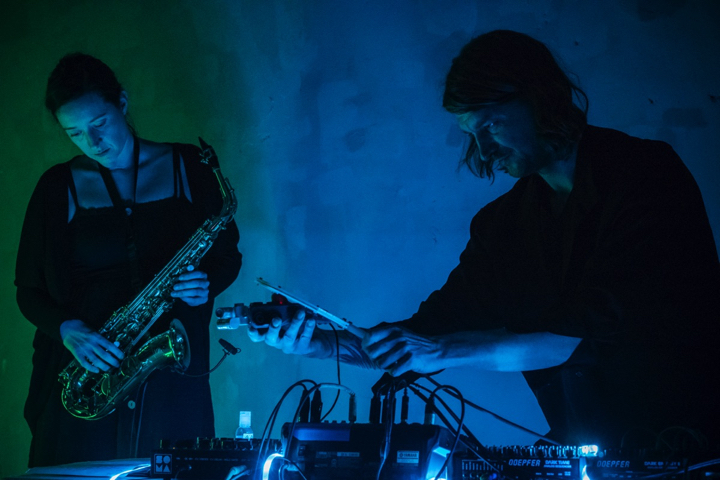 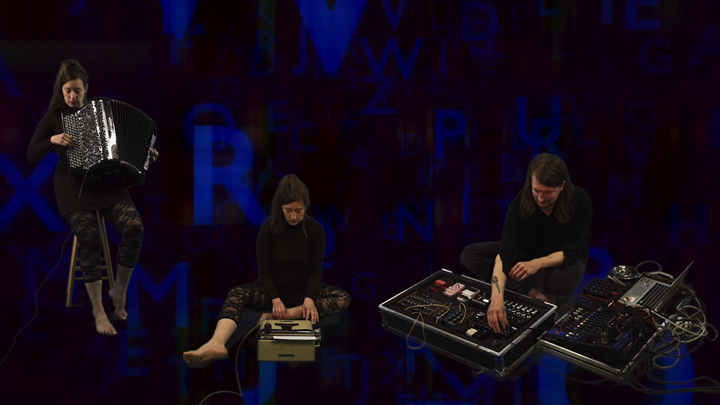 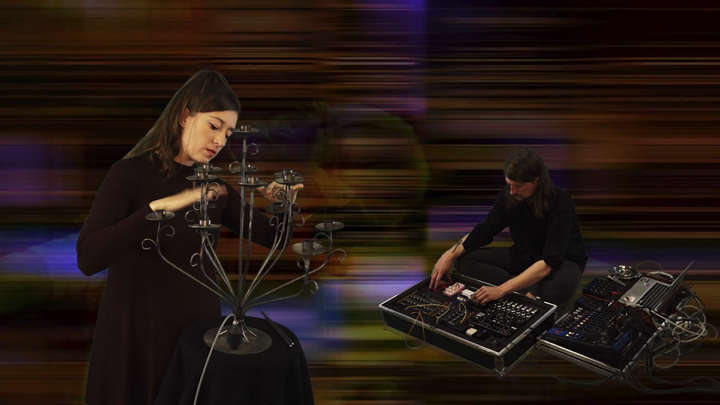