how would i hear the world if i were an insect/amphibian?

sound as communication in direct and primal form, a language, a tool of metaphysics, a conscience and a consciousness, vibration.
dp re/searches and ponders existences and behaviourisms humanimalistically. works that oppose the omnipresent restriction and reduction of life and living, that activate primordial shared emotions otherwise hidden under the debris of civilisation, inviting rumination, encouraging intervention, endorsing catharsis, liberating, cleansing. therapeutical stimulation is acknowledged. sonic activism, ritual protest music, humanimalism.

dp might touch topics such as sentient perception and awareness, environmental sensitisation, existentialism and existential e/quality, but it’s also how these and related topics interconnect that interests, the hyperconnectivity some call chaos. dp rings in the era of humanimal.

there are (at least) two types of knowledge, but only one you can put into words. and why is it so hard to swat flies?

putting into words the different assumed perceptions of time and environment seem interesting directions into which to take our senses. this effort could be mulled over in technical or biological terms that would probably allow rational and even scientific explanations. and a quick search of the web shows that such ideas have in fact been tested and analysed, for sure enough, plausible interpretations abound, relating to body size, metabolisms, eye-types and vision and the testing frame of “critical flicker fusion frequency”. in this particular test, researchers show animals a rapidly flashing light. if the light flashes quickly enough, animals (and humans) perceive it as a solid, unblinking light. animals that can detect the blinking at higher frequencies are perceiving time at a finer resolution. in other words, movements and events will appear to unfold more slowly to them - think slow-motion bullet dodging in the matrix.

so one of the question’s more obvious implications challenges the idea of a time standard. time affects existences in ways that make the one-dimensionality of human-made chronometrical systems feeble to the point of rendering them obsolete. time as it is commonly explained has more to do with economical mind-sets and conditioned value projections than with (our) nature – minutes, hours, days, months, years are merely conventions that enable us to function within other human-made boundaries.

when aspects such as size, age, attention, energy levels, intensity, density, body chemistry, humidity, temperature, strength or weakness, experience, space, matter or moods (to name but a few) are included in a perception of time, the frailty of chronometry becomes even more apparent - as when time “slows down” in an accident, for instance. the metrical time-count then becomes arbitrary.

gibberish that clot the receptacles yet feign comprehension - pollution that plugs the pores of perception. though both chronometry and verbal language seem to offer quite the contrary at first and can, in their own self, suggest interesting insights. but a distinctive lack of totality and emotional depth is quickly discerned when respective laws or patterns are scrutinised. rational or logical approaches describe similar attempts but in fact merely display a fraction (the tip) of understanding, which happens on different levels simultaneously. if life had but one dimension then logic might even suffice. so what’s with our sentience?

regardless of some seemingly undeniable temporal regularities like the sun rising and setting, it still doesn’t answer how time is perceived by different beings. to play with this notion is a rather seductive invitation to expand consciousness, as most of our thinking, as eloquently explained or scientifically and logically sound it may seem, tends to impose a rather systematic approach and an anthropocentric world view. that’s just one of our senses talking.

what’s interesting about this question is its implications in relation to all our senses, and there are different courses these can go, each worth feeling and all somehow connected.

the way a fly flies or a mouse flits, in relation to the way an elephant moves or a whale glides through water indicates that body size matters. can we extend our senses to experience these things from another creatures (assumed) position (size, felt perception, frequency, location)? can we imagine an alteration of how different nervous systems process sensory information? can we add a synaesthetic association to a visible topology? the subjectivity of time perception can be grounding and self-affirming - a source of great pleasure, or, conversely, able to create a state of disassociation with one’s self - a state of transcendence. either way, it would seem an imposition to suggest anything other than that distinct species experience passing time on different scales.

if sound is understood as a language then our perception can be challenged to hear more expansively and to listen differently. human language is structured not so much as a collection of terms, each of which possesses (or should possess) a determinate meaning, but as a complexly ramified web, wherein the knots or terms hold their specific place or meaning only by virtue of their direct and indirect relations to all other terms within the language. however language is a property of the sensuous life-world and not exclusive to humankind. after all, wouldn't it be sad to think that nature speaks but we can not or don’t know how to listen? it’s probably healthy to nurture those senses that cannot be reduced to words. the somnambulistic states the educated populations of alphabetic cultures live in, is a bit overpowering, in this context.

western biologists, behaviourists and natural scientists have not so long ago started to ascertain that animals have personalities, that individuals within the same animal species have characters that can not be summarised with the usual behavioural descriptions. this for me has always been a departure point. reducing vocalisations of animals to either territorial or mating calls, for example, just doesn’t cut it. i wish to see and meet all beings as what they are - individuals.

field recordings of small earthlings, like insects, amphibians and other such sentients, are rich and rewarding material to play this game with. "how would we hear insects if we were insects?" inspired the idea to slow down insect sounds to a "human" level based on assumed calculations. the calculations that lead to this audio are anything but scientific and in fact far from realistic (a human weighing 65 kg and an insect weighing 1 or 2 grams would give us conversion rates of 32500 to 65000 % and audio treated in that way would be largely inaudible) but it also isn’t an exercise that is meant to appeal to our ratio. audibility of the treated file was a main argument to find that the slowing down of a sound by 50 to 99 percent seemed to hint at the imagined direction.

expanding the hearing of sound beyond individual perception and hearing with different senses possibly taps into some of the essences of life that might shake us and make us aware of the wealth of our environment.

most dimensions are yet to be explored. 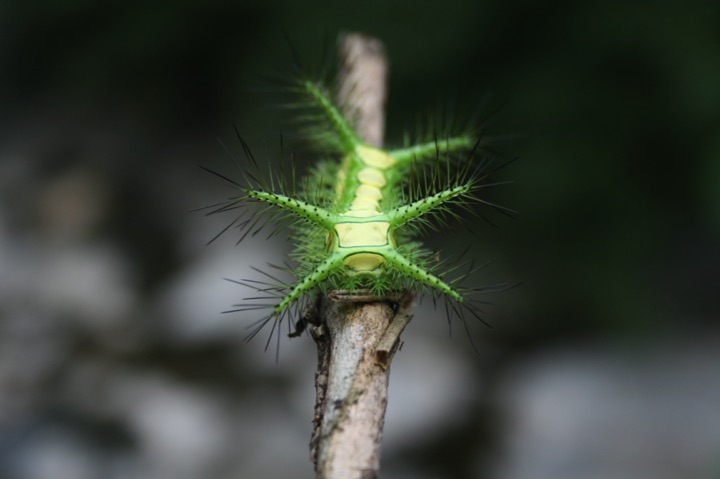