Nothing Happens Until Something Moves

Synesthesia for the five senses

This work features an interactive sound tree equipped with a neural network that is interacted with through touch, and is showered in natural light through a stained-glass window of digital abstractions. The autonomous installation aims to uncover a new perception of the electrical signals in living biological organisms.

SONIC TREE is a steel structure placed in a space surrounded by concrete, which contrasts with the organic movements that it embodies. Its virtual nerve cells exchange electrical signals and its metallic cells propagate sound waves faster than in air. Just like any other tree, the structure provides a comfortable place to shelter, with the sound of insects and wind in its foliage.

This sound installation contains a dedicated programmable and autonomous processor for the real-time processing of algorithms and sound signals. The processor makes it possible to control 16 independent channels, each of which is linked to one of 16 speakers arranged in the branches of the sound tree. A piezoelectric sensor placed at the top of the tree trunk amplifies the sounds produced by the movement of metal chains.

An artificial neural network has been installed with 16 neurons, each connected to an audio channel. The signal emitted by each neuron is the result of a matrix combination, the coefficients of which reflect the sound interactions in the network. The sound originates from the signal emitted by the piezoelectric sensor. The processing carried out by the artificial neural network produces an organic movement through the foliage and reacts to the touch of visitors who come to stroke the tree trunk.

The tree is enveloped in semi-opaque images, which are printed on a transparent film partially covering the windows. The images are backlit by natural light, which gives the effect of modern stained-glass windows that complement the soundscape by evoking both natural and synthetic elements (a forest with insects, or robots). In this piece, synesthesia works in a more subtle way, by making a detour through the audience’s imagination, filtered by its own power of projection. 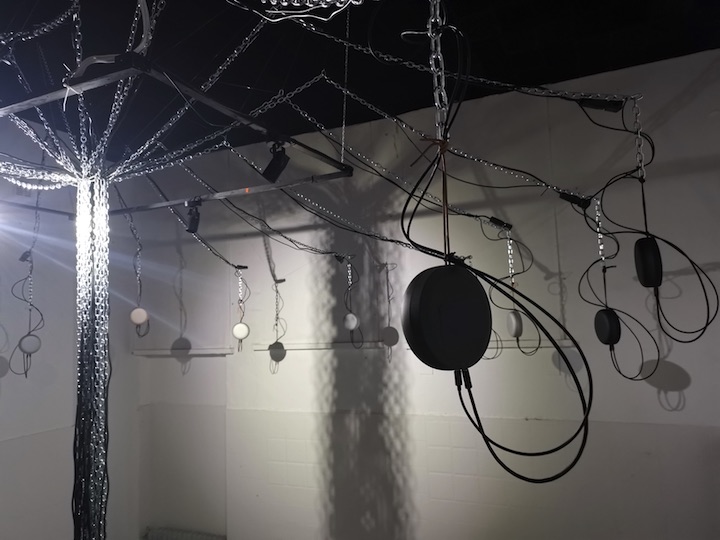 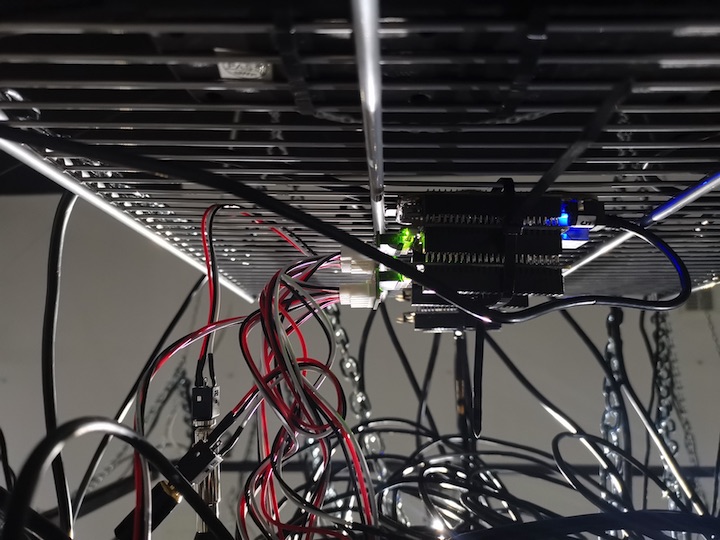