This work is constructed as an autonomous algorithmic installation that creates a constantly evolving audio-visual space. It draws on internal and external stimuli and invites both the audience and the artists to enter into an immersive and creative symbiosis in the form of collaborative performances.

Renaissance is an immersive autonomous audio-visual work involving the projection of four moving “digital paintings” that interact with a hybrid sound composition. The images and sounds evolve in a symbiotic way, punctuated by a number of events and/or performances that leave room for human intervention, such as moments of dialogue with machines.

The visual display includes audio-reactive images, in which sound influences the settings of the different algorithms used in their creation. Four variations of images are shown on four large screens, creating an immersive experience in which sound is reflected in images and vice-versa, resulting in a sensory feedback loop between the two senses which are simultaneously engaged. The images and videos used to construct these visuals are chosen to match the sound composition. Algorithmic abstraction and other techniques allow for the creation of a graphic universe that enhances and complements the atmosphere of the immersive experience.

The sound composition comprises human-produced sounds using objects and instruments, which are pre-recorded, processed and played according to decision loops based on harmony rules. The duo, INFLUUT, improvise with their own algorithms as if they were playing with a third group member, thereby creating music that is sometimes written, sometimes spontaneous. The result is an original musical composition with an immersive spatial narrative, and an audience surrounded by sounds and images displayed on four giant screens. Consequently, the stage no longer exists or rather, everyone is part of it. 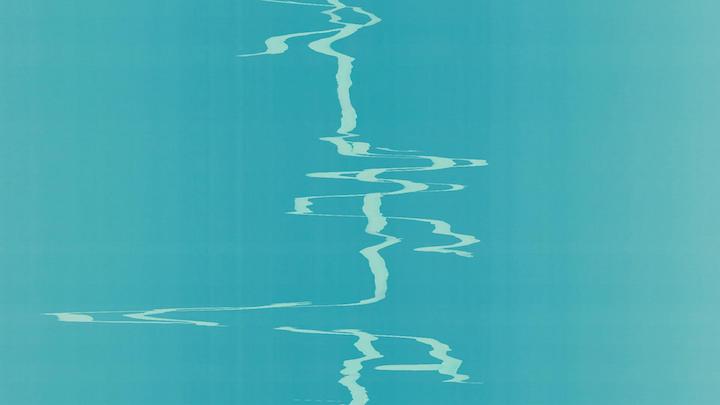 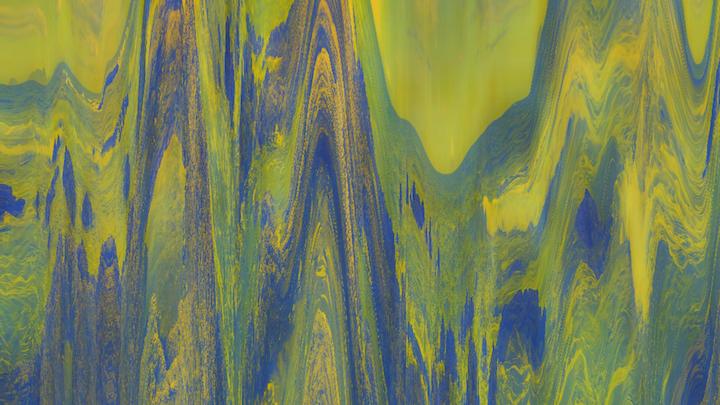 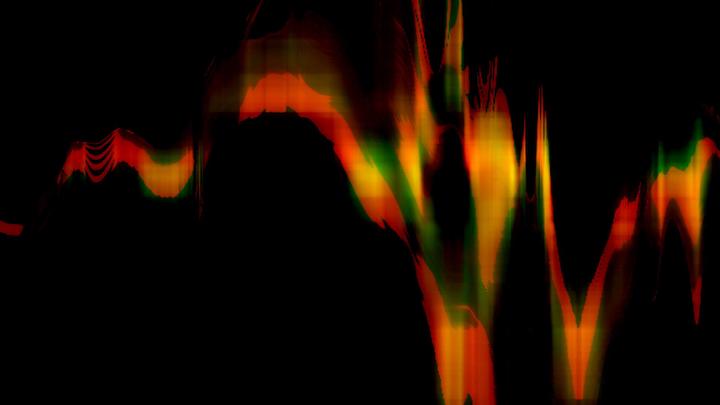 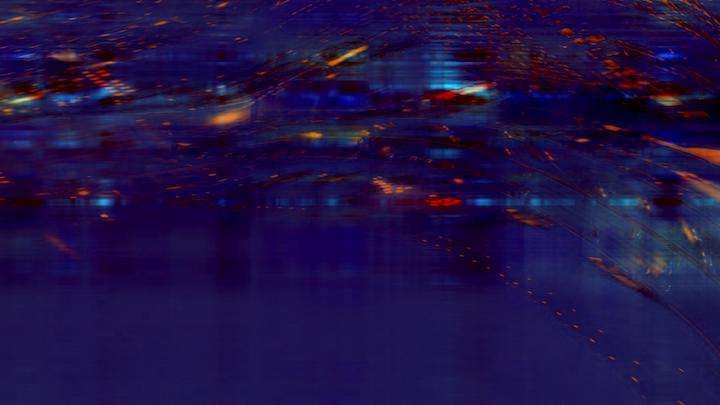